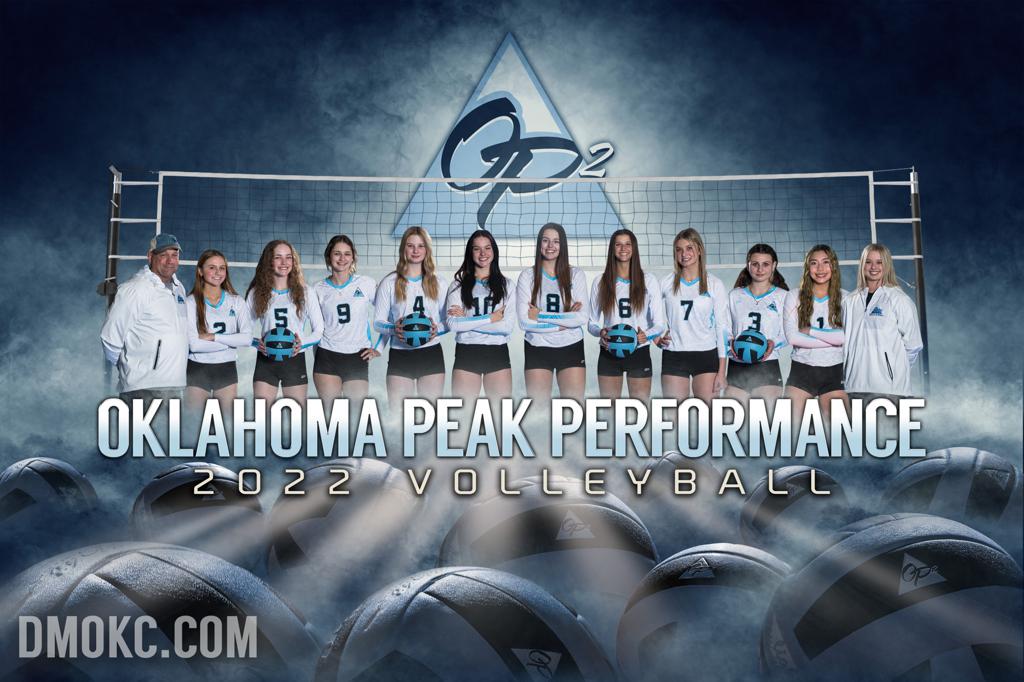 There are two dates that are indelibly imprinted on my mind; January 2 and January 30. This four week period in 2014 greatly impacted the Peak family and reminded us all of what is truly important. Please allow me to share the story again.

Rian Sanderson was a 12-1's player in the fall of 2013. To say she loved volleyball was an understatement. She looked for every opportunity to pick up a ball. She was looking forward to a new season, having been named the MVP of the 11's age division at the Oklahoma Region Volleyball Championships the previous May. As practices began, though, she began to experience pain that was at first thought to be a possible muscle strain or bruise. This didn't stop her from practicing though, as the team was preparing for the first tournament of the season at Redlands in OKC.

Rian went into the hospital on January 2, 2014 fully expecting to be at the Redlands tournament that weekend. Unfortunately, that did not occur. Rian began a battle with cancer surrounded by family, teammates, coaches, and parents who visited and prayed for her constantly. Her battle lasted four brief weeks, ending on January 30, 2014.

Parents and coaches spent the coming days and weeks trying to help their children and players understand something that even adults didn't understand. It's at times like this that it's important for children to see our vulnerability and realize that many times, parents don't have it all figured out. A verse that I used when sharing with some players during that time was 1 Corinthians 13:12, "For now we see through a glass, darkly; but then face to face: now I know in part; but then shall I know even as also I am known."

One quote Rian liked was, "When something bad happens, you have three choices: You can either let it define you, let it destroy you, or you can let it strengthen you."

For the rest of the 2013-2014 season, OP2 players, encouraged by that quote, rallied behind the phrase, "Play for Rian." Teams, players, parents, and coaches chose to be strengthened by, not destroyed by, something bad that happened. To this day, when you watch the 12-1's team play, look on the bench. The "Rian" bear, wearing a Peak jersey #8, will be sitting close by.

Today marks the 8th year anniversary of Rian passing. And while memories of that time may still bring tears, it's important for us to make sure Rian's life and message continues to impact players in our club and beyond. Maybe today your family is challenged with struggles or loss. I encourage you to take Rian's words to heart and let the bad things strengthen you. My prayer is that you will share Rian's story with your children and that it will impact you as it has many in the Peak family.

CLICK HERE to view a video created during Rian's battle that encouraged the Sanderson family, the Peak family, and many affected by Rian's challenge.